Doug Waples has spent more than twenty-five years developing and applying geochemical techniques in oil exploration. He has lived in the U.S., Japan, Chile, and Germany during his career and has worked for Chevron and Mobil. He also was a professor at the Colorado School of Mines and continues his interest in education through short-course teaching. He participated on two legs of the Deep Sea Drilling Project. Doug is presently a consultant in geochemistry, modeling, and worldwide exploration, based in Evergreen, Colorado. He has published about 80 papers, including three books, on a wide range of topics in geochemistry. He holds a Ph.D. in physical organic chemistry from Stanford University.

Since 1981, Joe Curiale has been a geochemist with Unocal. Before joining Unocal, he received a bachelor's degree in chemistry (with an earth science specialization) from the University of California at San Diego and a Ph.D. in

from the University of Oklahoma. He has conducted source rock and petroleum geochemical studies for Unocal throughout North America and in several basins of Europe, Asia, Africa, and South America. He is the author or coauthor of more than 70 publications, has served on several industry and professional society committees, and is presently a co-chief editor of Organic Geochemistry. He received the 1992 Best Paper Award from the Canadian Society of Petroleum Geologists and past chairman of the Organic Chemistry Division of the Geochemical Society. His research interests include the application of molecular markers to the understanding of geological processes and the interpretation of organism-specific biomarker distributions in ancient marine and lacustrine settings. 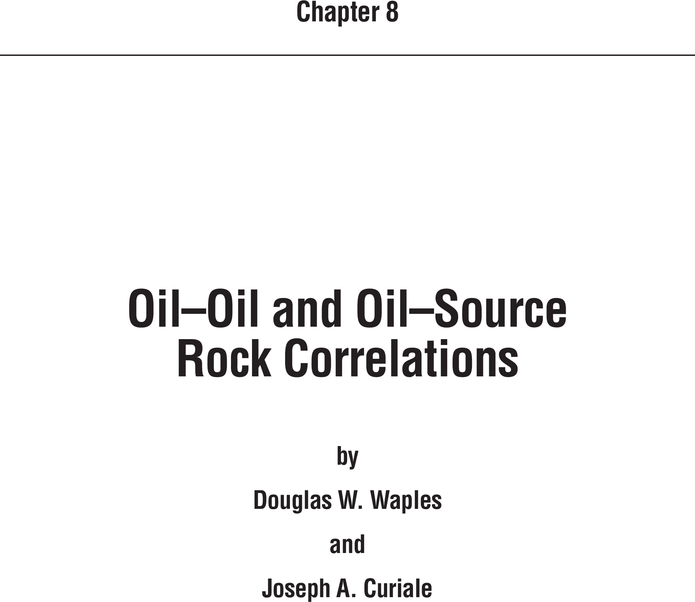