Developing a Philosophy of Exploration

Norman H. Foster received a bachelor's degree (1957) and a master's degree (1960) in geology at the University of Iowa. In 1963 he completed his Ph.D. in geology at the University of Kansas. His geological career began in 1962, with Sinclair Oil in Casper, Wyoming. When Sinclair merged with Arco in 1969, Foster was offered expanding opportunities to participate in a number of important discoveries, including the giant Irian Jaya field in Indonesia. In 1979, he became an independent geologist and continued to prospect both in the United States and abroad. In addition to winning AAPG's Sidney Powers Memorial Medal for 1999, the former AAPG president received the Levorsen Award (1980), two Certificate of Merit awards (1987 and 1992), and the Distinguished Service Award (1985). He was a member of the AAPG Foundation and an AAPG Trustee Associate since 1979. His professional activities included GSA, SEG, SPE, SIPES, SEPM, and the National Academy of Sciences.

Richard Vincelette graduated with a B.S. degree in geological engineering from Montana Tech. in 1960 and received a Ph.D. in geology from Stanford in 1964. He has spent the last 35 years searching for, and occasionally finding, the elusive hydrocarbon trap. At present he is a geologist and chief curmudgeon with JOG Corporation in Healdsburg, California.

Marlan W. Downey is the J. Denny Bartell Professor and chief scientist of the Sarkeys Energy Center at the University of Oklahoma. He holds a B.A. degree in chemistry from Peru State College and both B.S. and M.S. degrees in geology from the University of Nebraska. Mr. Downey joined Shell Oil Company in 1957 and became its youngest chief geologist and the first Alaska Division exploration manager. In 1977 he became vice president of Shell's International Exploration and Production Division and later president of subsidiary Pecten International. Downey retired from Shell in 1987 but subsequently joined ARCO International in 1990 as senior vice president of exploration, then president. He retired from ARCO in 1996. He has been recognized as a Distinguished Alumni by both Peru State College and the University of Nebraska, knighted by President Biya of Cameroon for his service to that country, elected a Fellow of the American Association for the Advancement of Science, served as an AAPG Distinguished Lecturer (1986 and 1987), and named the AAPG Huffington Lecturer for the Far East (1996).

James D. Robertson, Vice President of Exploration for ARCO International Oil and Gas Company, received a B.S.E. degree in civil and geological engineering from Princeton University in 1970 and a Ph.D. degree in geophysics from the University of Wisconsin in 1975. He joined ARCO in 1975 and has held various technical and management positions, including director of geophysical research, geophysical manager of the offshore Gulf of Mexico exploration group, vice president of geoscience operations, and chief geophysicist of ARCO's international exploration and production division. Robertson has been active in the professional activities of various geological and geophysical societies and was the 1994-95 president of the Society of Exploration Geophysicists. He is a past president and honorary member of the Dallas Geophysical Society and serves on the advisory boards of the geology and geophysics departments of Princeton University, the University of Wisconsin, and the Colorado School of Mines. 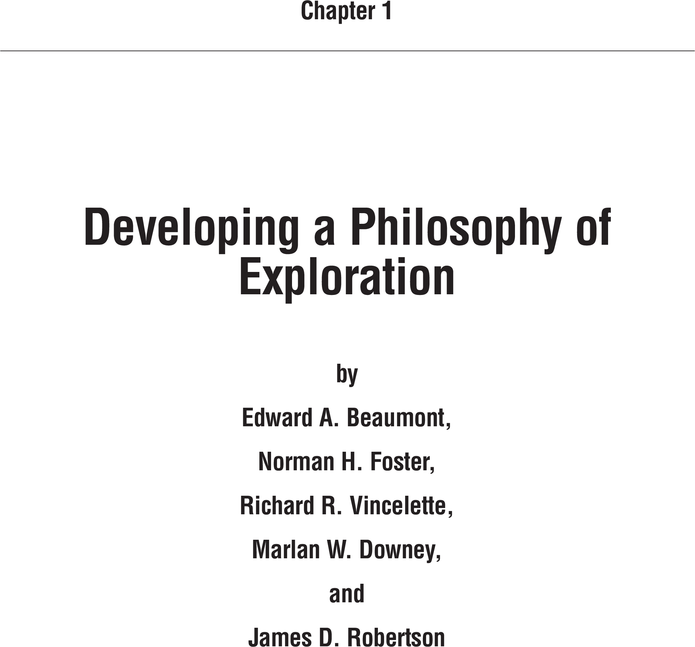