Edward A. (Ted) Beaumont is an independent petroleum geologist from Tulsa, Oklahoma. He holds a BS in

from the University of New Mexico and an MS in

from the University of Kansas. Currently, he is generating drilling prospects in Texas, Oklahoma, and the Rocky Mountains. His previous professional experience was as a sedimentologist in basin analysis with Cities Service Oil Company and as Science Director for AAPG. Ted is coeditor of the Treatise of Petroleum

. He has lectured on creative exploration techniques in the U.S., China, and Australia and has received the Distinguished Service Award and Award of Special Recognition from AAPG.

Parker Gay is president and chief geophysicist of Applied Geophysics, Inc., Salt Lake City, Utah, a company he co-founded in 1971. He received his B.S. degree at MIT (1952) and his M.S. degree at Stanford University (1961). Gay served as a photointerpreter in the U.S. Air Force; worked as a geophysicist and geologist for Utah Construction Co. and Mining and its subsidiary, Marcona Mining Co.; was a geophysicist for Asarco, Inc.; organized and managed the U.S. subsidiary of Scintrex Ltd. in Salt Lake City; and founded American Stereo Map Co. in 1970 and Applied Geophysics in 1971, which he now heads. Applied Geophysics is a geophysical contracting organization. In 1974, Gay cofounded the International Basement Tectonics Assoc. He has written numerous papers and given many talks on basement control of geological structure and stratigraphy. He has published 16 papers on the interpretation of magnetic anomalies and their geological causes. 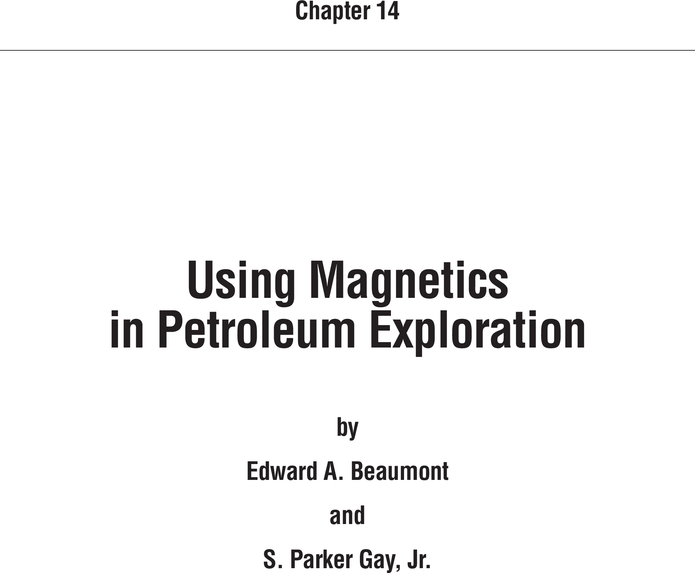