. He was employed by Gulf Research from 1981 to 1984. In 1984 he joined Arco, specializing in the interpretation of gravity and magnetics data. He rose to senior principal geophysicist, responsible for research in new exploration technologies utilizing potential fields' data. In May 1998, he left Arco and became executive vice-president of LaCoste & Romberg. As an active member of SEG, he was a founding member of the SEG Gravity and Magnetics Committee and served as a member of the Technical Program Committees for 1989, 1993, and 1997. He is also a member of the Houston Potential Fields Group, AAPG, SPWLA, and Sigma Xi. He holds three patents in gravity methods and has authored numerous scientific papers.

Mark E. Ander specializes in potential field and electromagnetic exploration methods. He is presently CEO of LaCoste & Romberg. He was vice president of EDCON from 1994 to 1996. Prior to that he spent fifteen years as a research geophysicist at Los Alamos National Laboratory. He received international attention for his geophysical scale measurements of the Universal Gravitational Constant and investigations into possible violations of Newton's inverse square law of gravity. In 1970 he received a B.S. in mathematics and physics from Jacksonville University. He received an MS in physics in 1974 and a Ph.D. in

and geophysics in 1980 from the University of New Mexico. His professional affiliations include AGU, SEG, GSA, and SPE. He is an author of many scientific articles and abstracts. 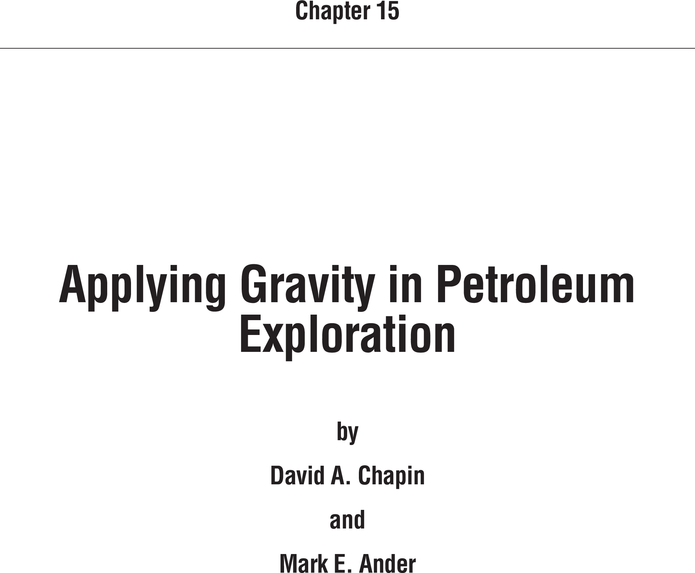