John H. Shaw is the Harry C. Dudley Professor of Structural and Economic Geology at Harvard University, and leads an active research program in structural geology and geophysics, with emphasis on petroleum exploration and production methods. He received a Ph.D. from Princeton University in structural geology and applied geophysics, and was employed as a senior research geoscientist at Texaco’s Exploration and Production Technology Department in Houston, Texas. Shaw’s research interests include complex trap and reservoir characterization in fold and thrust belts and deepwater passive margins. He heads the Structural Geology and Earth Resources Program at Harvard, an industry-academic consortium that supports student research in petroleum systems.

Christopher Connors is an assistant professor in structural geology and geophysics at Washington & Lee University. Before coming to Washington & Lee he worked at Texaco Exploration as a structural geologist and seismic interpreter contributing to exploration efforts throughout the world. He earned a B.S. from Penn State University, a M.S. from the University of Pittsburgh, and a M.A. and Ph.D. from Princeton University. His current research interests are in forward and inverse modeling of fault-related folding, seismic interpretation of complex structures, and the development of growth strata associated with fault-related folding.

John Suppe is Blair Professor of Geology at Princeton University and is a member of the U. S. National Academy of Sciences. Since 1978 he and his students have been at the forefront of research on fault-related folding in cooperation with many petroleum companies, including Texaco, Chinese Petroleum Corporation, and PetroChina. The photo is taken in the field in western China where he is currently studying active growth of petroleum anticlines in the Tarim and Jungaar basins.

We also acknowledge the support of Landmark Graphic Corporation, which has generously provided Harvard University with seismic reflection processing and interpretation software that was used for the analysis and presentation of many datasets in the Atlas. Through provision of software, Landmark, Schlumberger, Karl Thompson & Associates, MicroSeismic Technologies, and Paradigm also facilitated the use of these datasets in research and teaching, and the exchange of results with our industry sponsors. We also sincerely thank Texaco Inc., Veritas, Mabone Ltd., PetroChina, and the many other companies that have allowed the presentation of their data.

Finally, the most practical and perhaps exciting aspect of developing fault-related fold concepts has been their application and testing in petroleum exploration and production projects. For this opportunity, their friendship, and their critical support as we began the Atlas, the authors extend their most sincere appreciation to Peter Brennan, John (Jack) Carnes, Stephen C. Hook, and Geoffrey Newton. 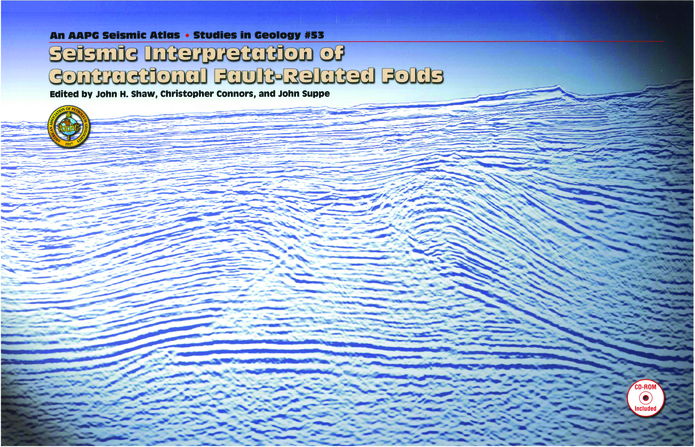